Do you use virtual assistants like Siri, Alexa, or Google Assistant? If so, it seems you already enjoy the benefits of AI on a daily basis. But what is AI, and how does it affect our daily life? And how will it continue to develop in the future? In this article we’ll dive into these questions.

Let’s start at the beginning. What is artificial intelligence? Artificial intelligence is the capability of an algorithm to keep evolving based on the data/info it is provided with, which basically means it teaches itself to recognize and imitate the human thought process.

However, the devices are not aware of the tasks they are performing. They simply follow algorithms and recognize patterns. By learning from their own mistakes and gathering data, they continuously deliver better results and make themselves (the algorithm) smarter. We call this machine learning. Artificial intelligence is a technology that raises many questions and dilemmas. Therefore, with every new application it is important to consider ethical and legal questions.

For example, as mentioned in one of our previous blogs, tech companies are using artificial intelligence to learn to manipulate our behavior and for instance keeping us glued to our screen for longer than we originally intended. This means that machines are not only being made more humanlike, but this also means that people are starting to look more like machines as a result.

Artificial intelligence has nonetheless made our lives a lot easier and better as well. It is everywhere around us. After all, what makes your Netflix recommendations possible? Or what automatically detects suspicious transactions from your credit card? That’s right, Artificial intelligence!

One of the latest and more exciting examples is DALL·E 2, which name, we assume, is a witty love affair between Disney robot WALL·E and the pronunciation of famous painter Dalí’s name. DALL·E 2 is a new AI system capable of creating realistic images and art from a description in natural language. That means you can write a description of whatever you want it to create, enabling the machine to automatically generate the concept you just described, based on hundreds of millions of pieces of data the algorithm has gathered over time.

Google is also joining the battle for a good text-to-image generator with its very own software called Imagen. But for now, Google’s Imagen software remains in the hands of Google researchers. They fear that outsiders will otherwise use the intelligence for evil purposes, such as making harmful deepfakes and disinformation.

In one of the photo databases which they used to train the artificial intelligence, they were shocked to find pornographic material, racist swear words and bad stereotypes, the researchers write. Google first wants further research into how stereotypes and hate speech can influence an intelligence like Imagen in this way, before releasing it to the public. 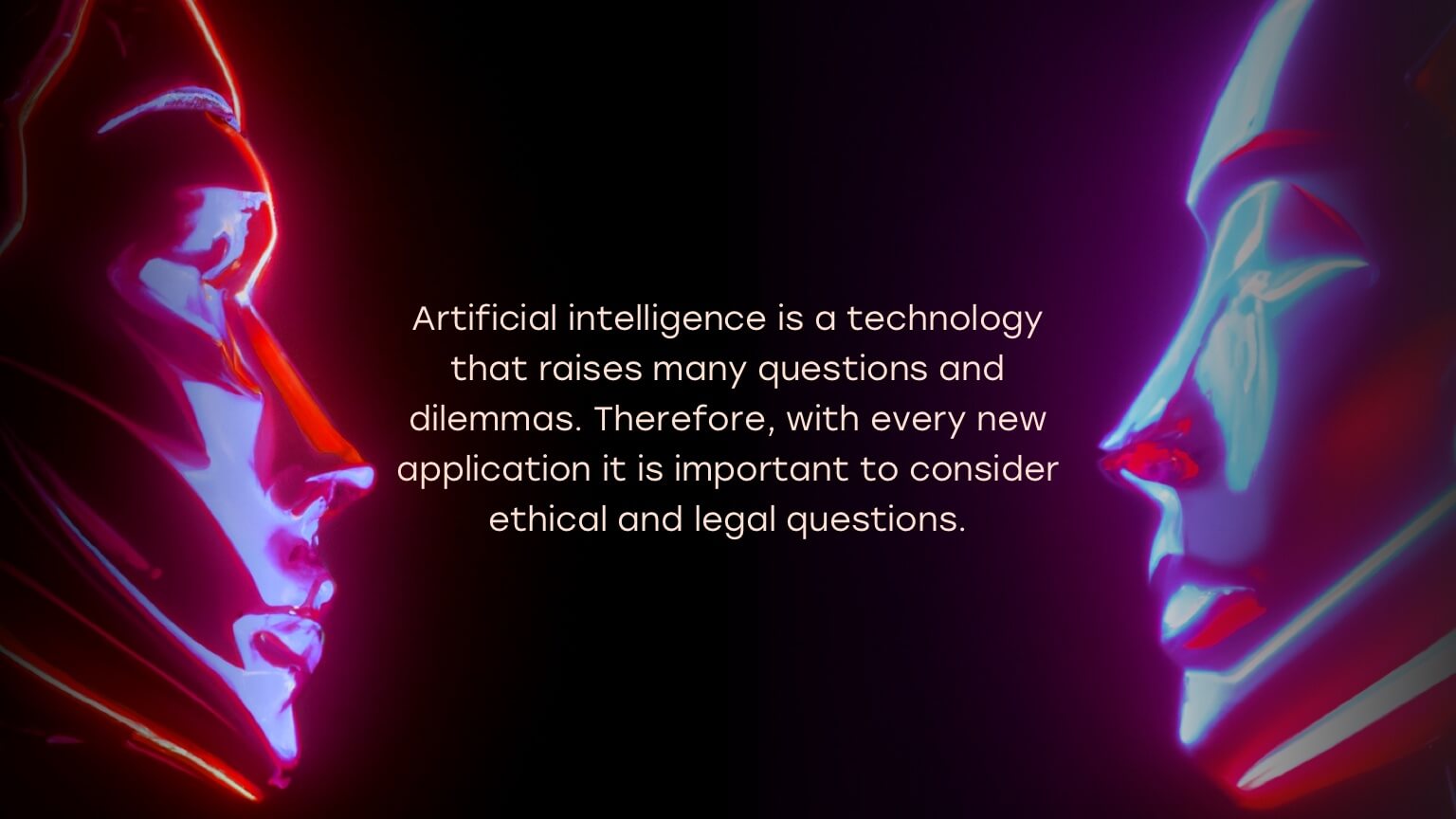 So let’s take a look at the potential pros and cons of Artificial Intelligence:

- Errors are kept to a minimum

First, human errors are reduced by artificial intelligence. The machines are more accurate and less prone to external errors.

- Artificial intelligence optimizes to the maximum

In such a way that a machine takes full advantage of its performance, can perform multiple tasks at once and ignores unnecessary functions. For example, self-driving cars.

Artificial intelligence can be used to learn an algorithm boring tasks based on the data it’s provided, so humans don’t have to execute certain tedious tasks

- The increase in unemployment

Keep in mind that if machines can perform the same tasks as humans, they will increase unemployment.

- It lacks feelings and values

As effective as this technology is, it is not human and it lacks feelings. Thus it knows no boundaries and lacks a moral compass. In certain circumstances it can be very dangerous if AI is not supervised by a human.